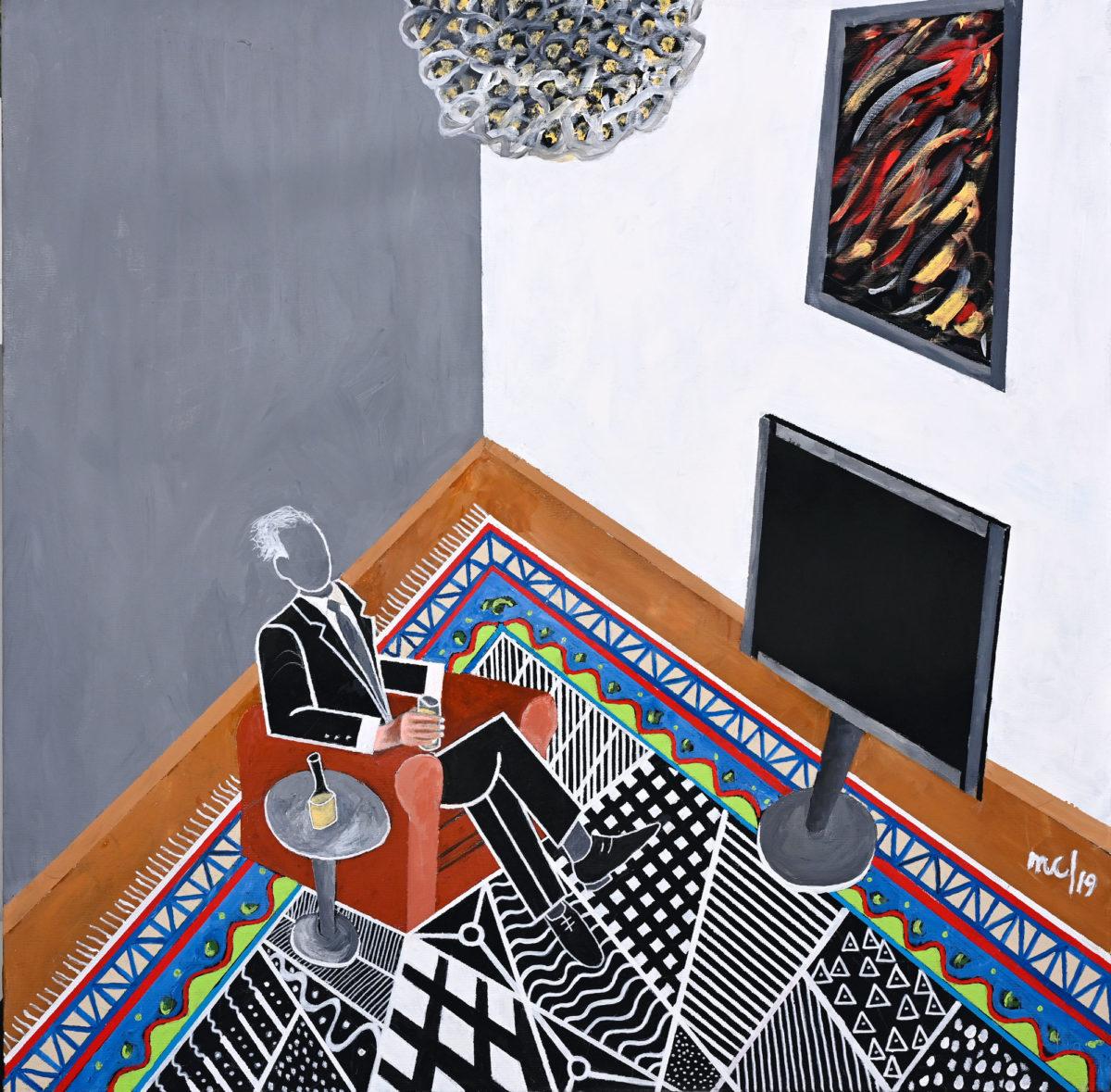 The labyrinthine and monstrous external spaces of the imaginary megalopolises of the artist with complex building structures, combined with the systematic reference to the dizzying rhythm of everyday life, signal the forms of the pathogenesis of the modern way of life. Camhis illustrates the sensation of confinement, of impasse and generally of human vanity. Draws humans as mannequins of unspecified sex who live and work isolated in tiny spaces, alienated, trapped in real or imaginary dead ends. They move in spasmodic ways in last desperate attempts of escape.

Camhis’ personal visual idiom is characterized by idiosyncratic stylized writing with intense colours and clarity in the individual illustrations. The anti-naturalism, the adjoining repetitions and the intense geometry of the compositions contribute to the narrative strength of the paintings. Endless representations with scattered meanings, seem to wait for the next step or the next phase as an informal continuation of the story that repeats itself constantly.

The tragedy in the work of Camhis has colour and action as the frustration of human hope, the overthrow and annulment become futuristic and unreal images.

After a long service in the European Commission and huge cognitive reserves, the painter dares to develop associative correlations with the distant future, to explain the phenomenon of human indignation with timeless references (Nazi concentration camps, refugee centres), to warn and mainly to raise awareness.
Louisa Karapidaki. Art Historian 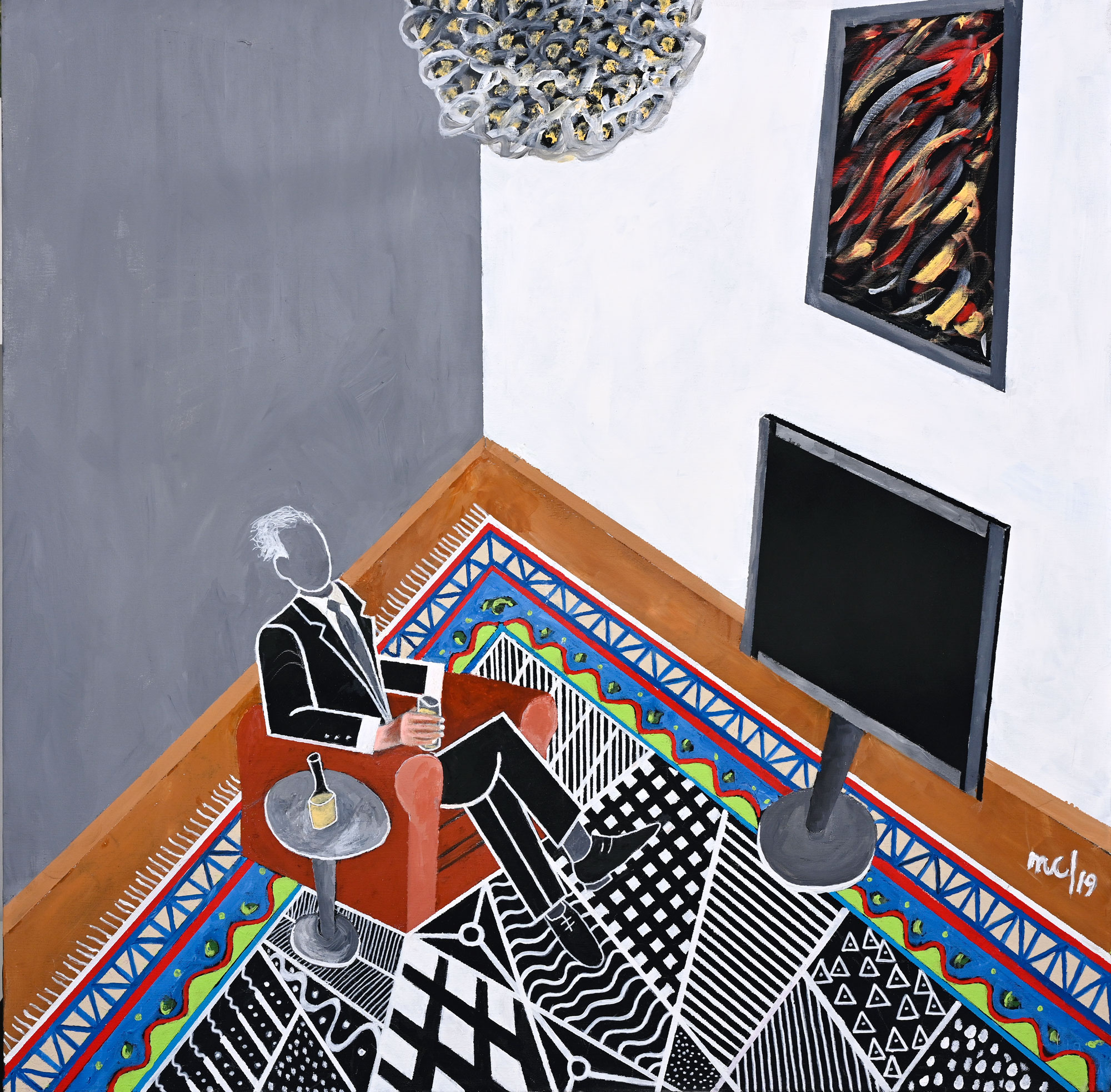 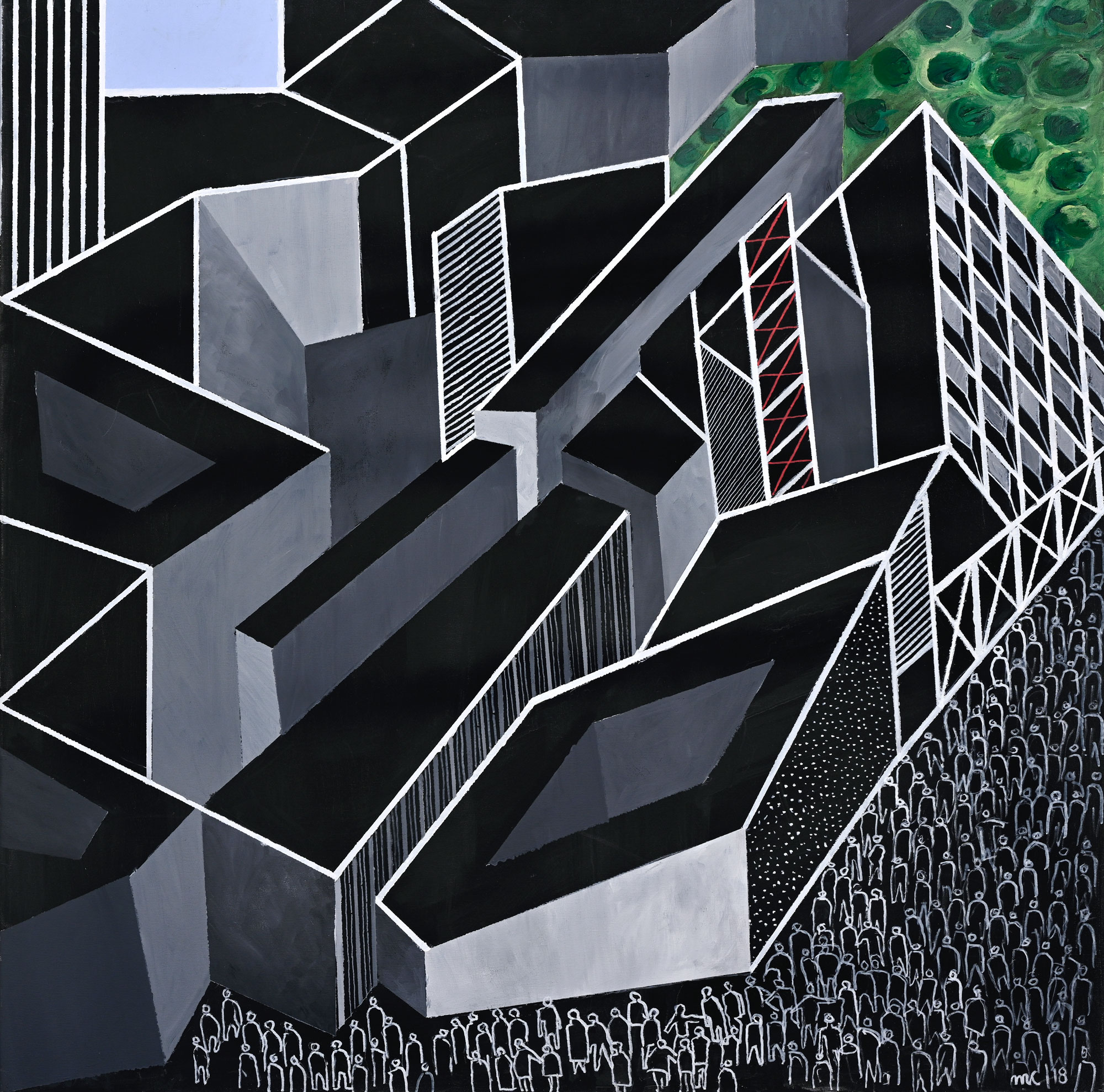 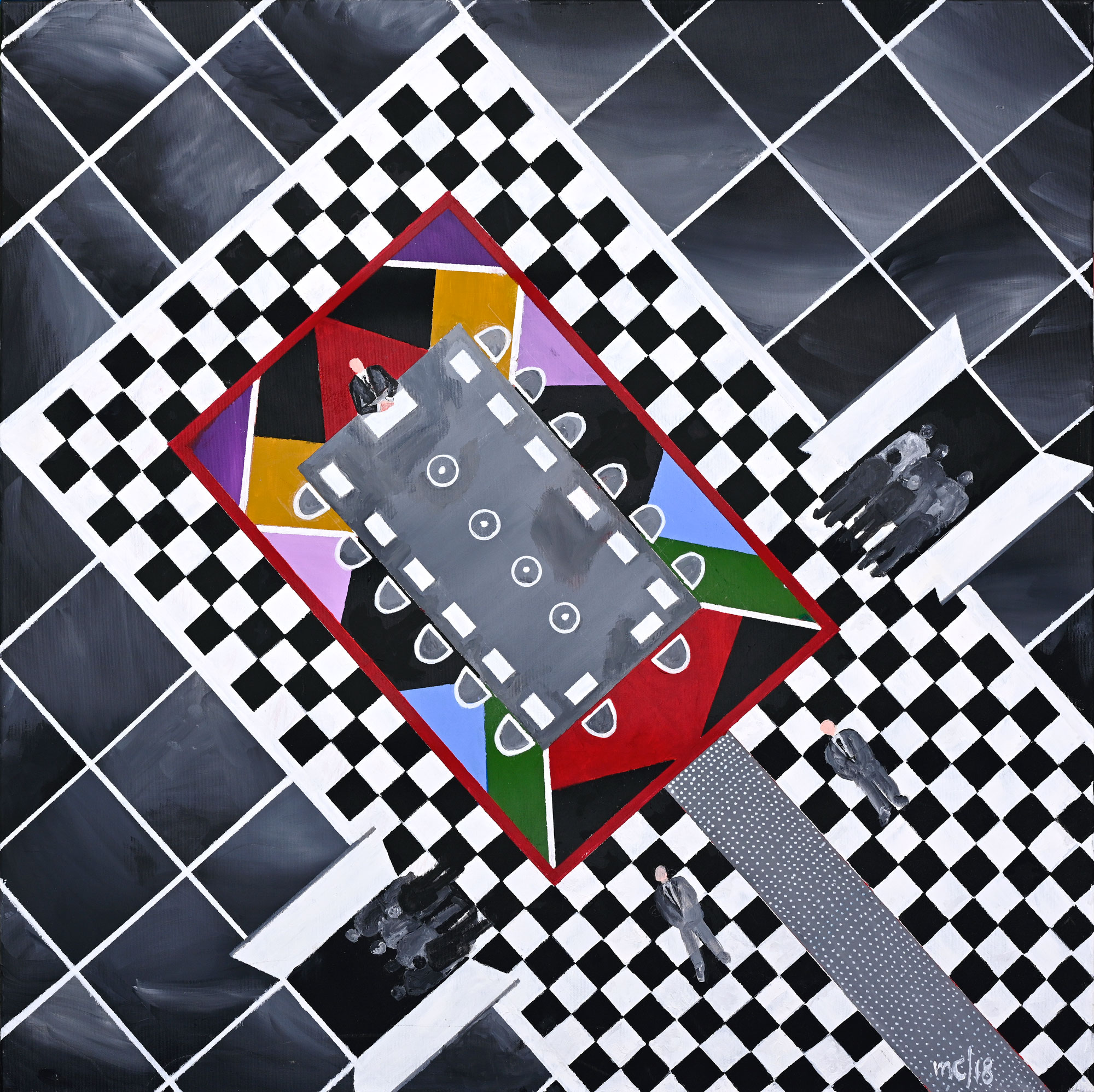 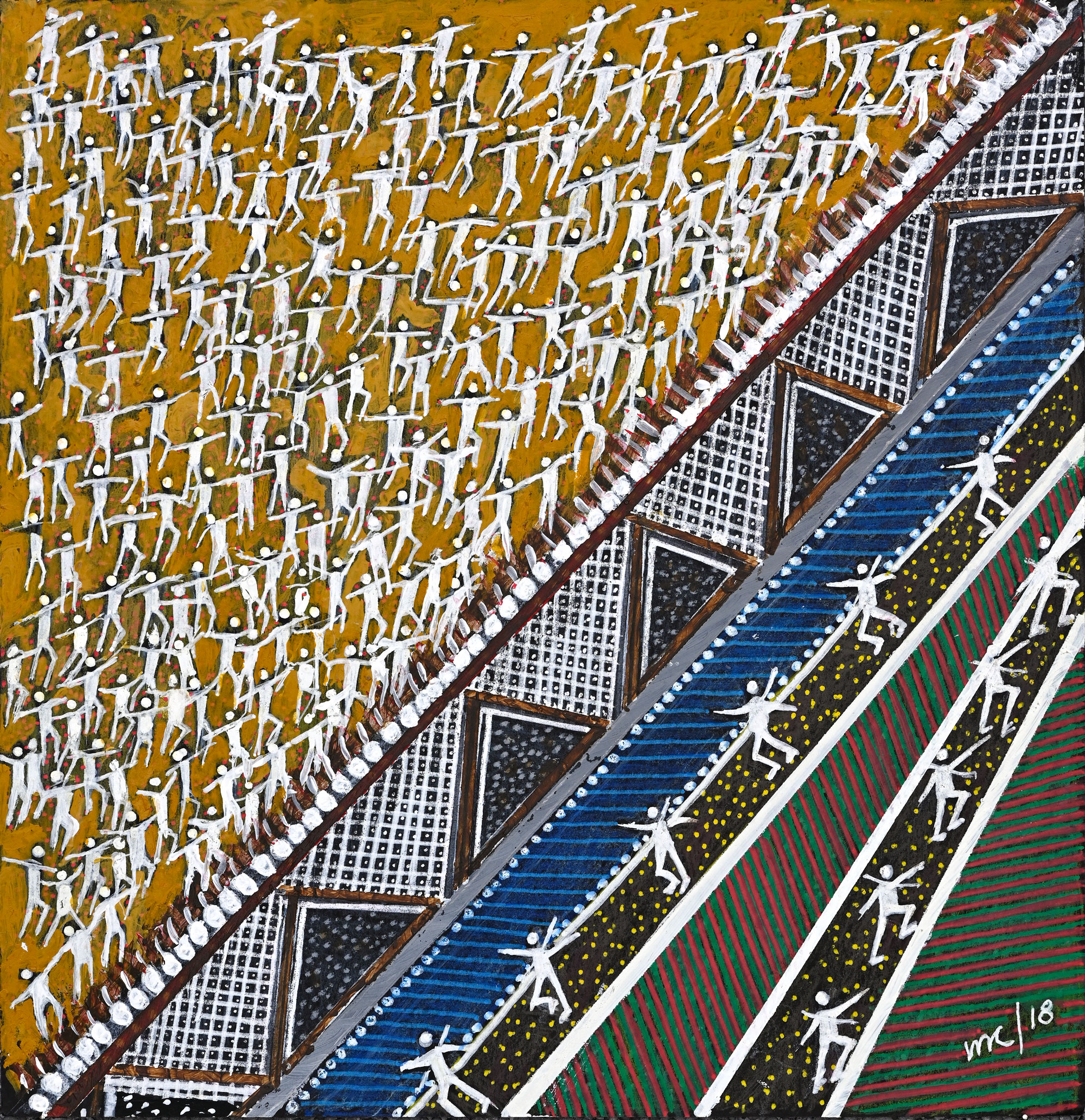 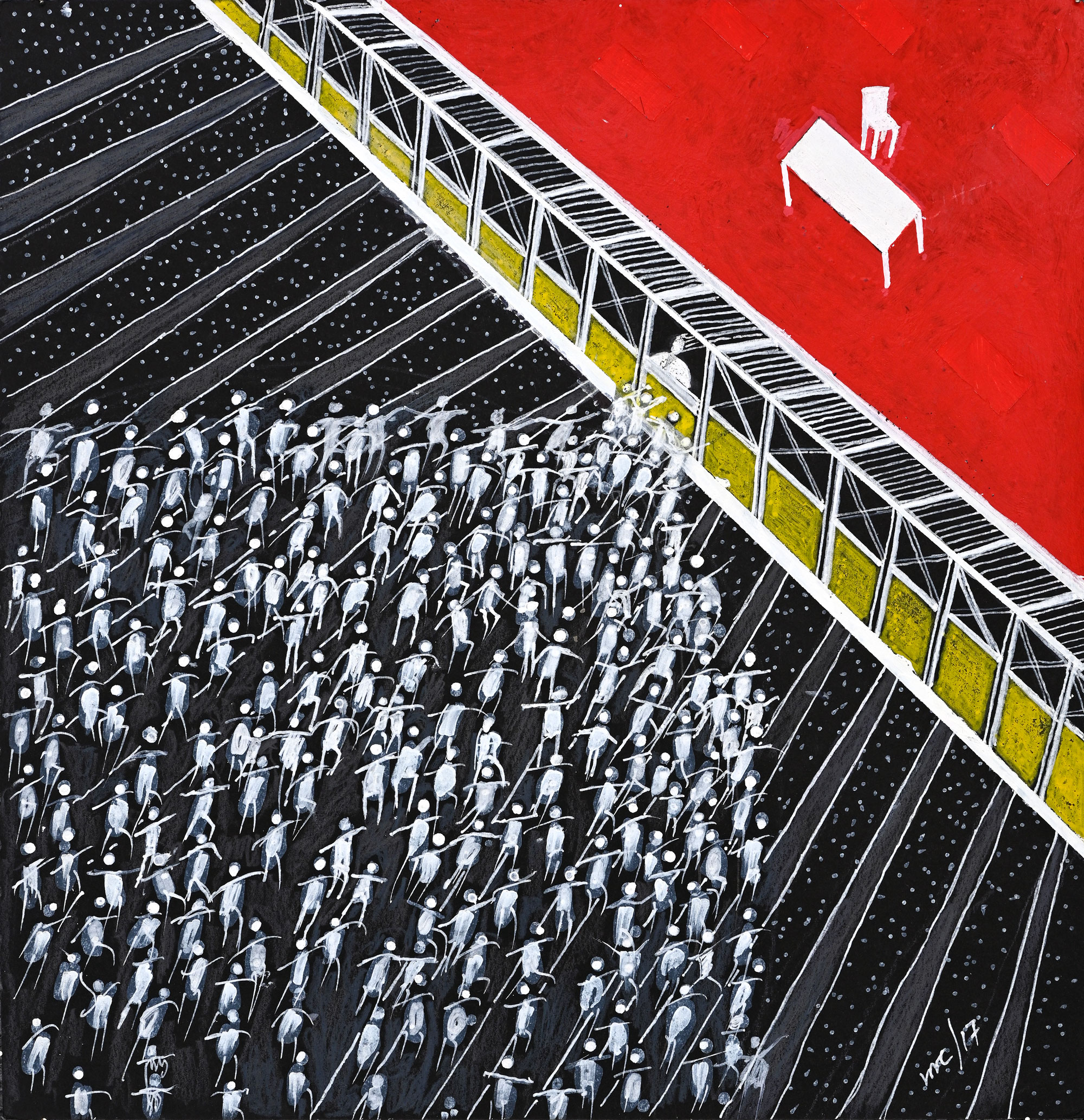 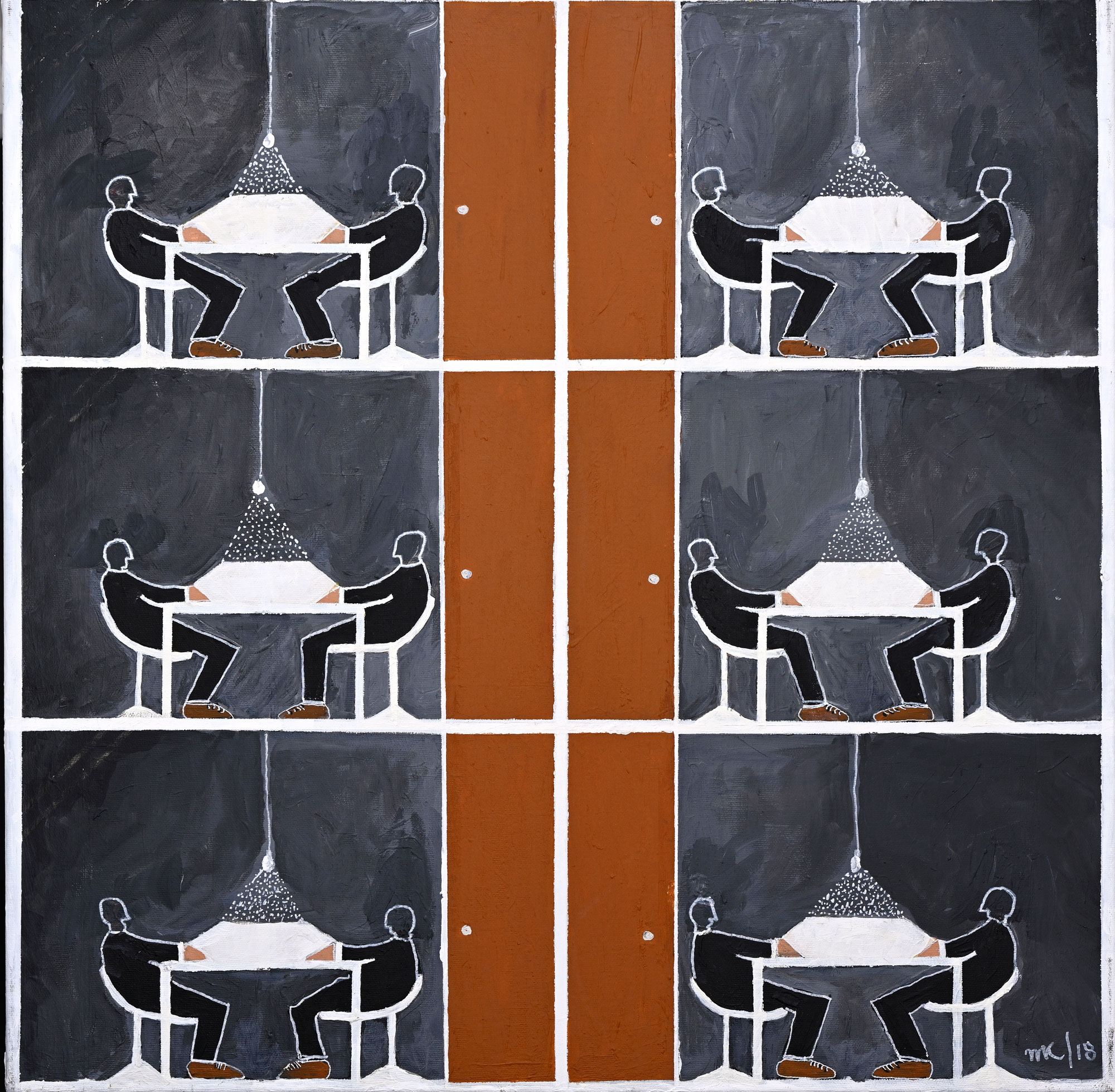 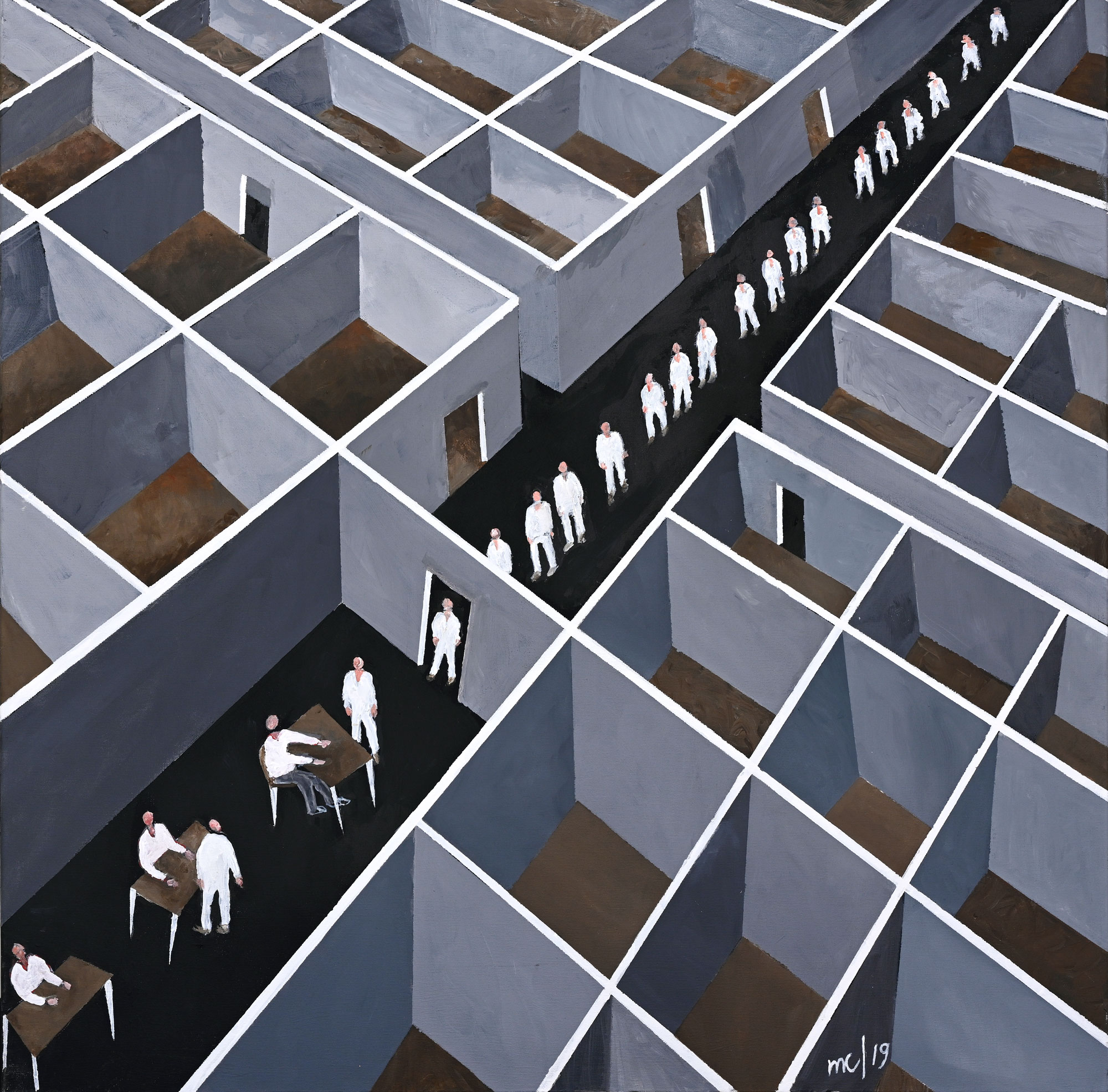 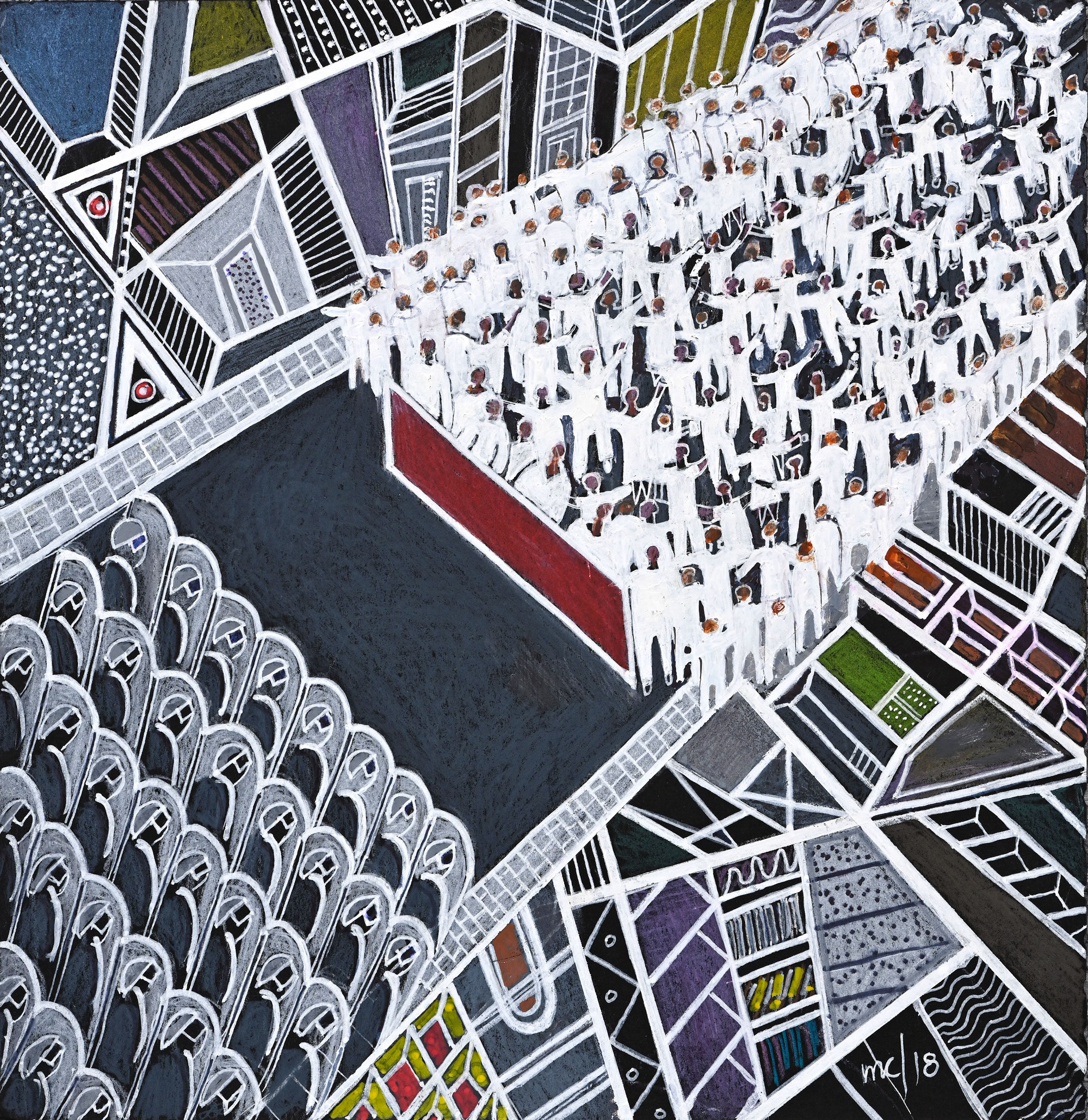 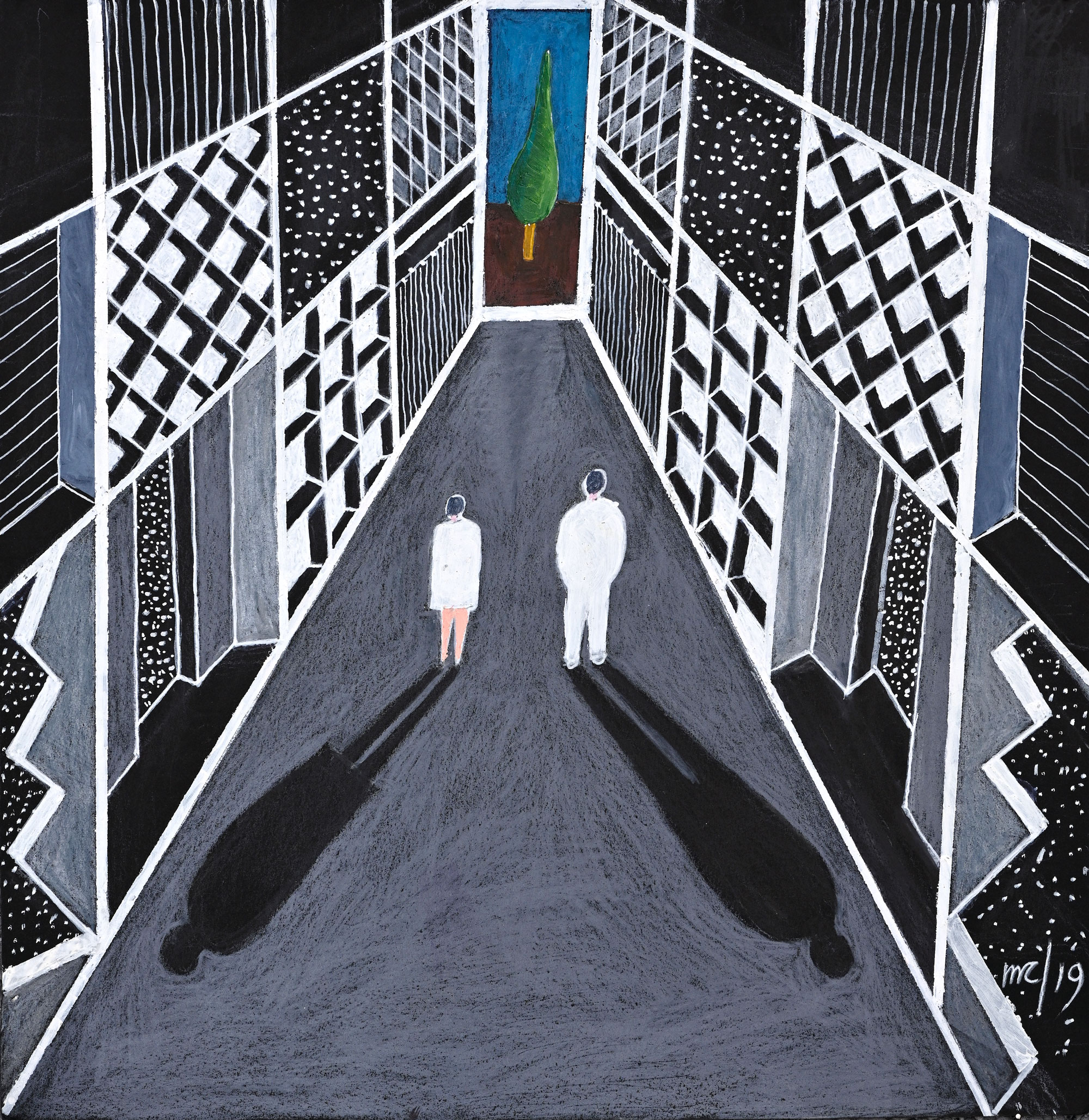 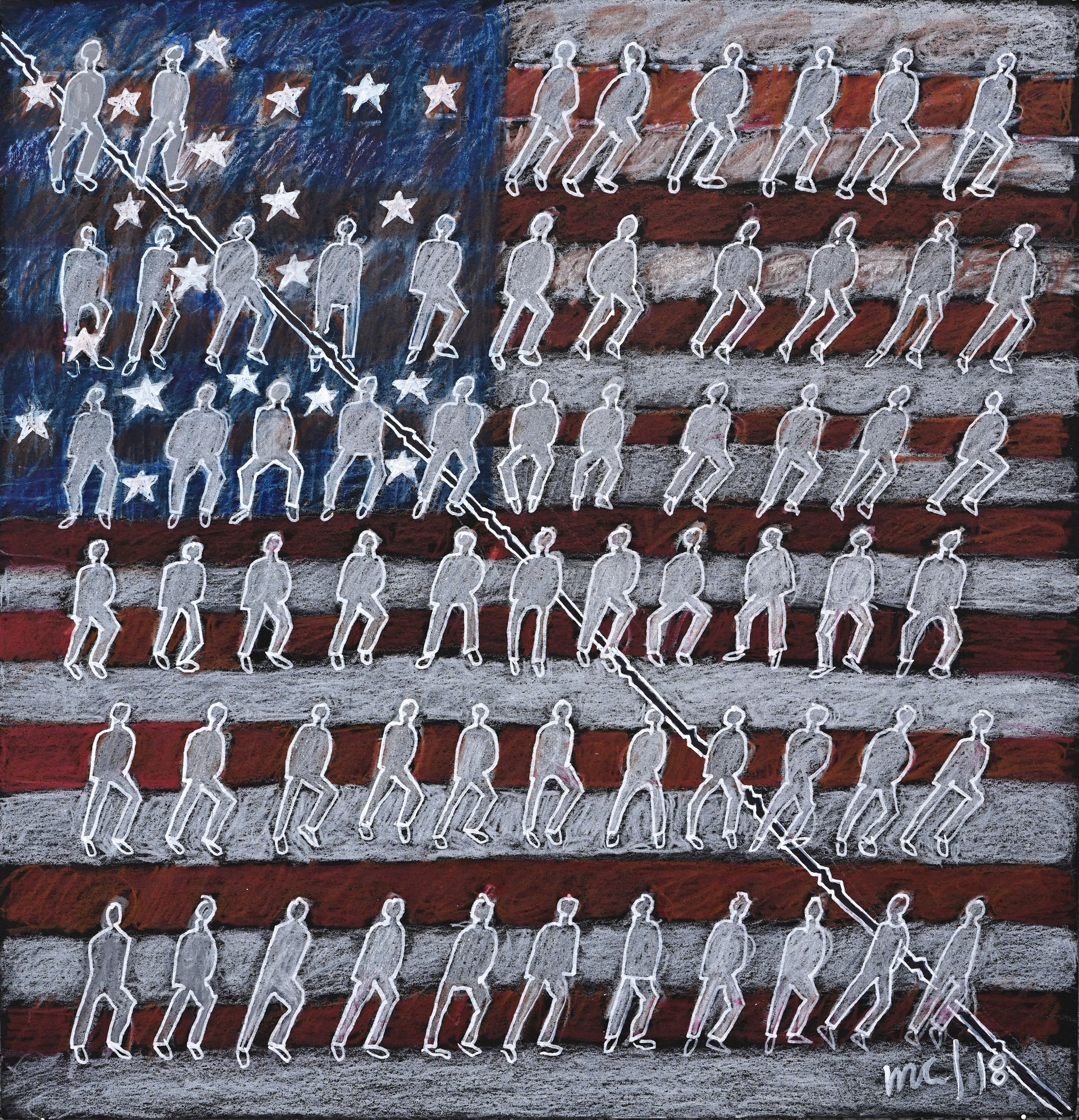 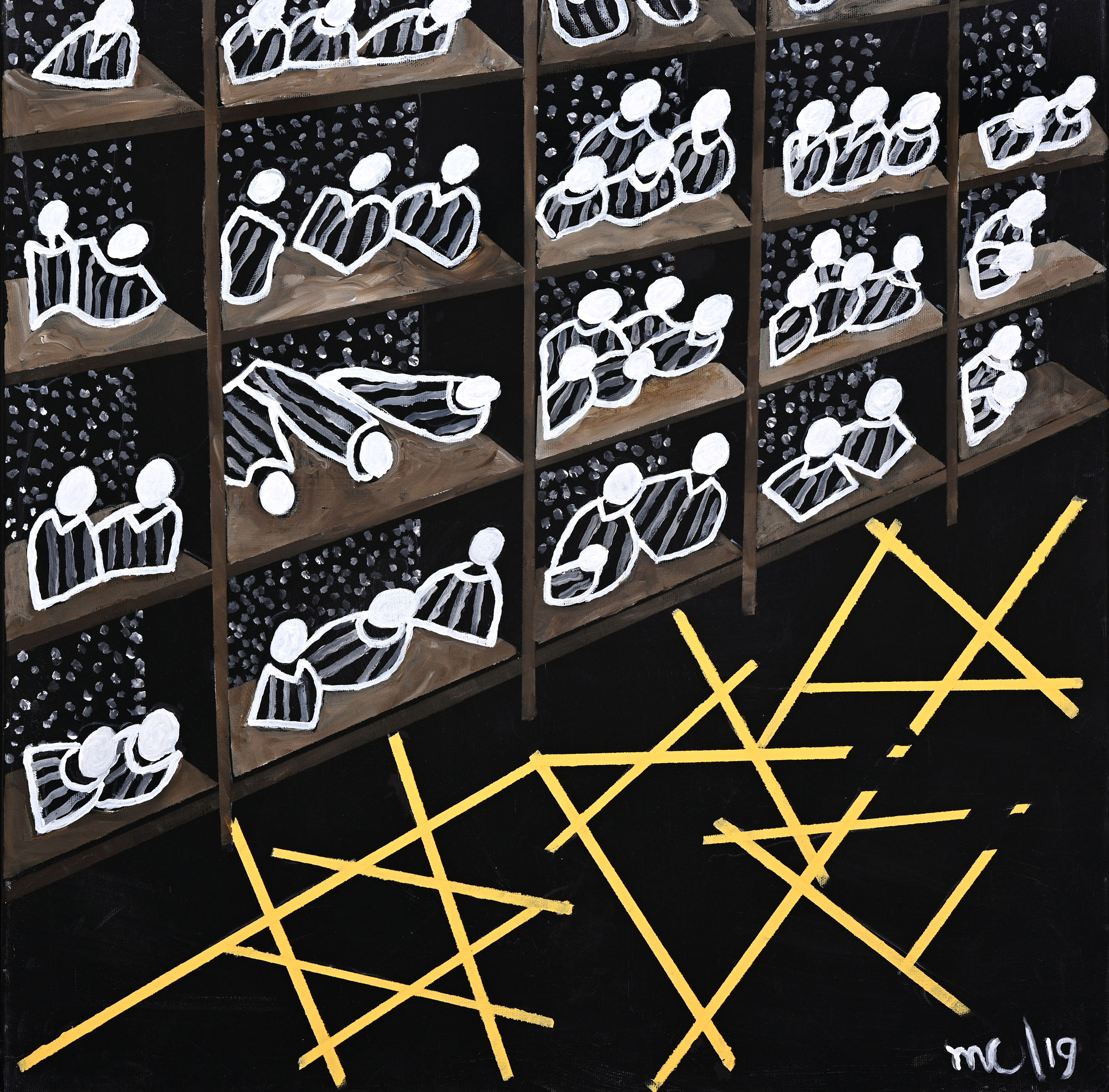 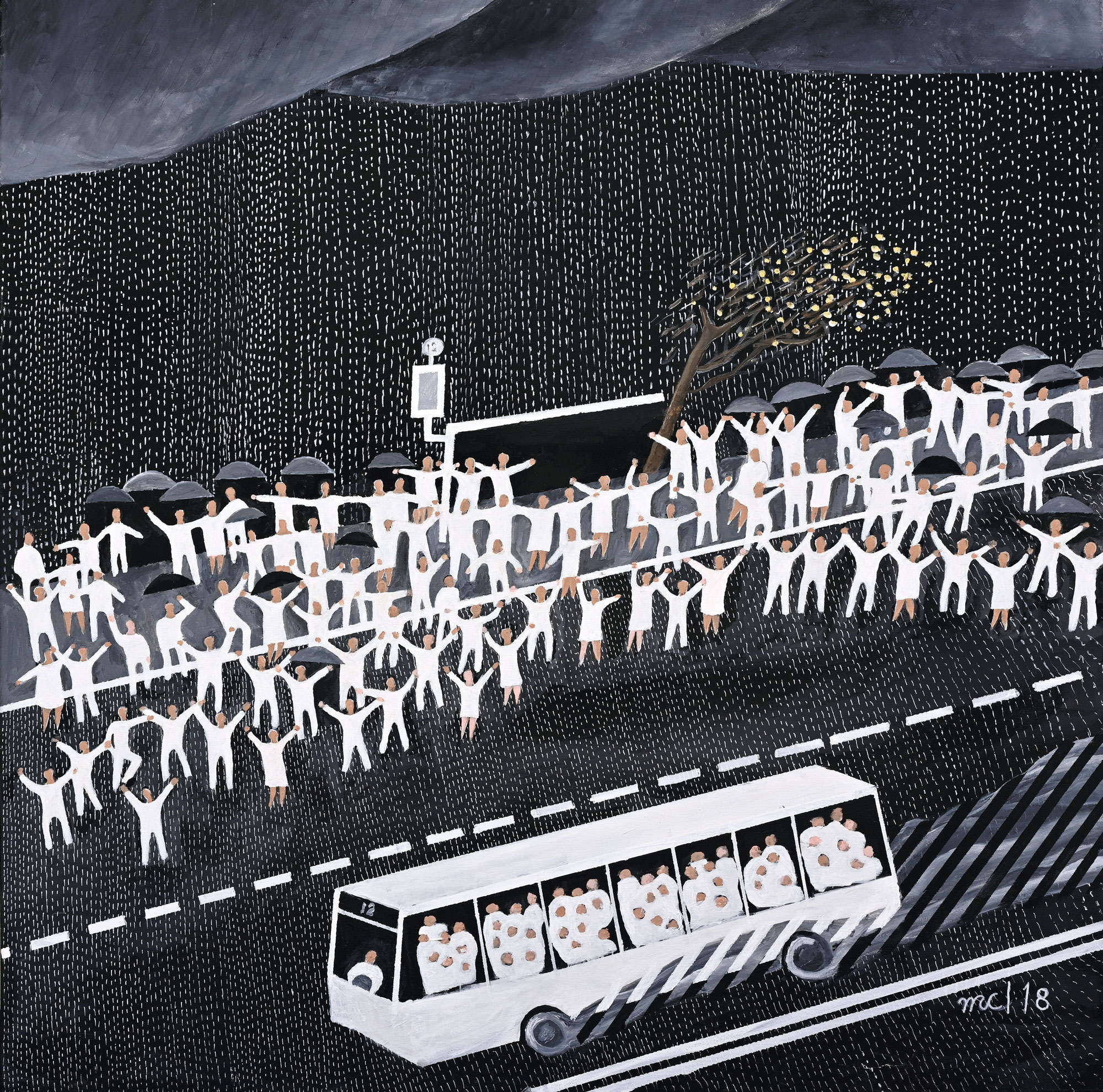 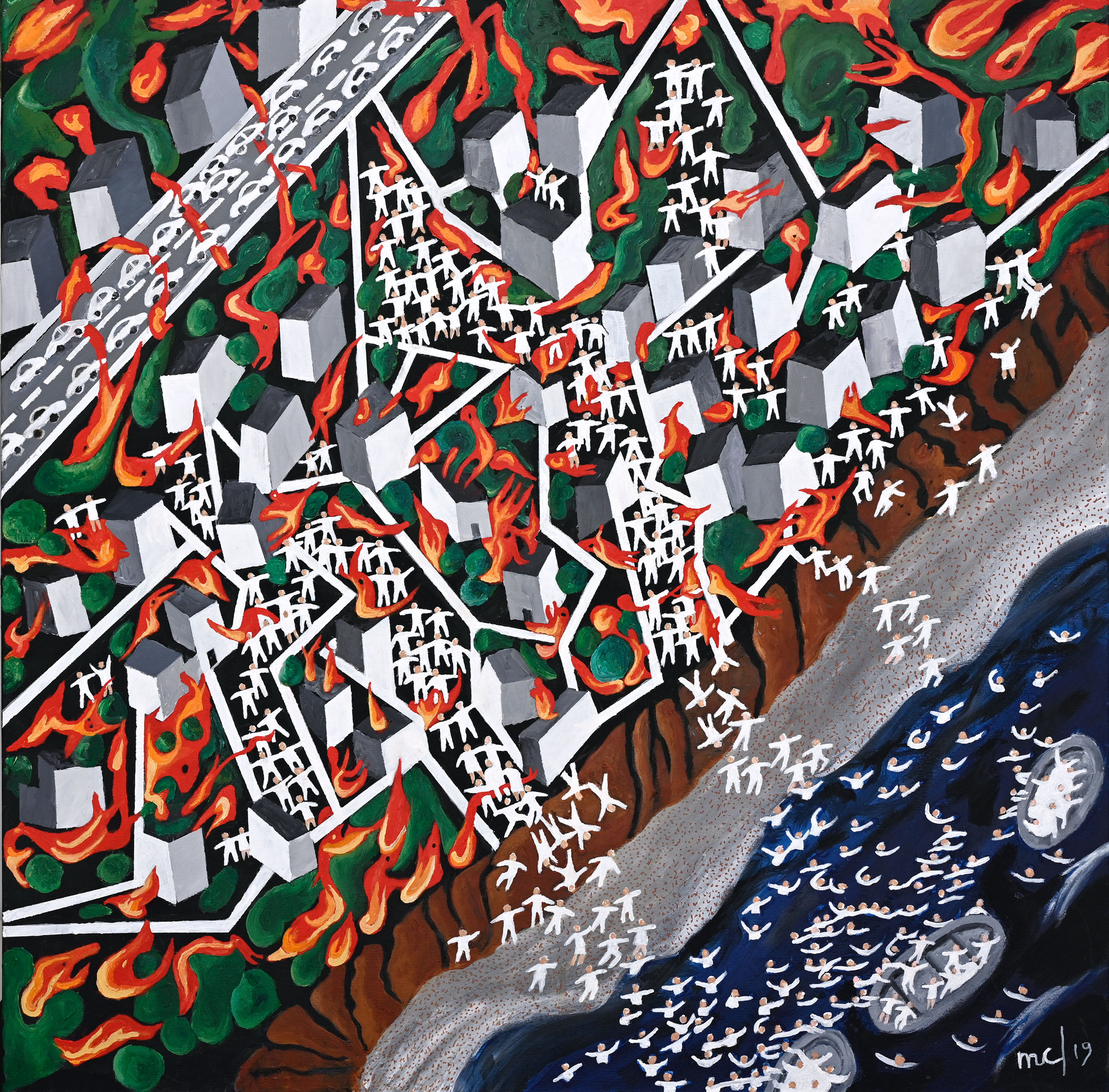 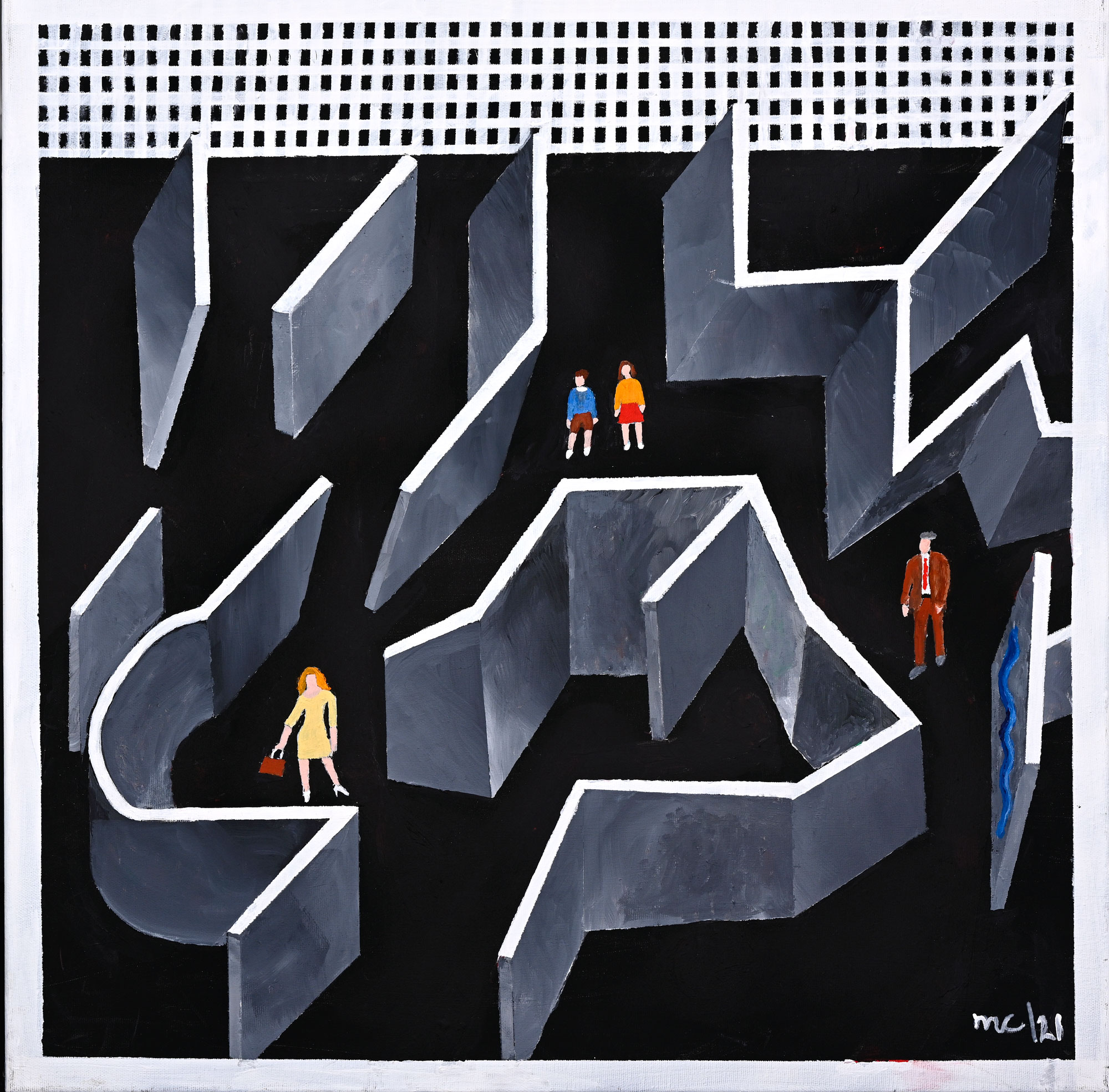 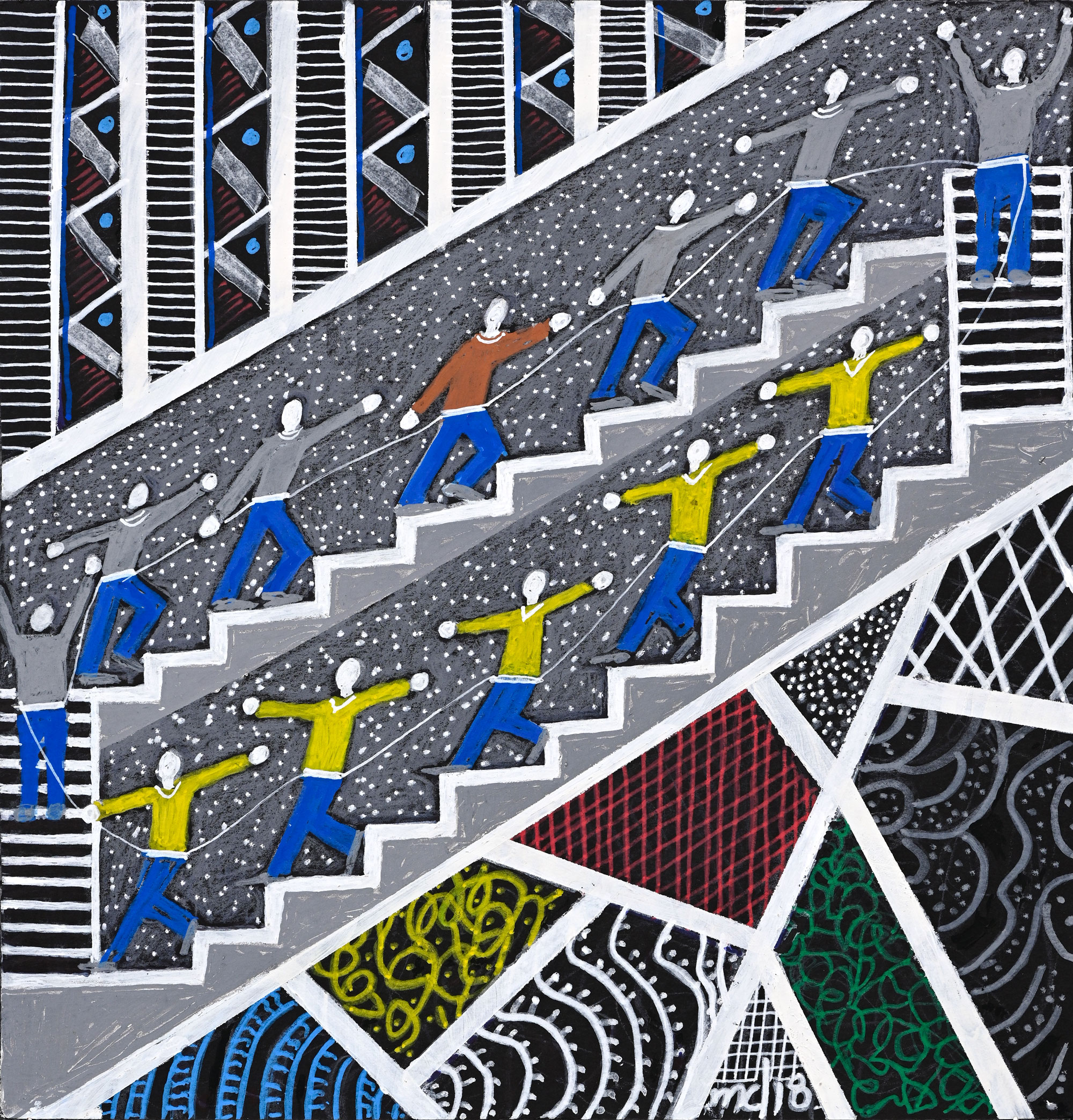 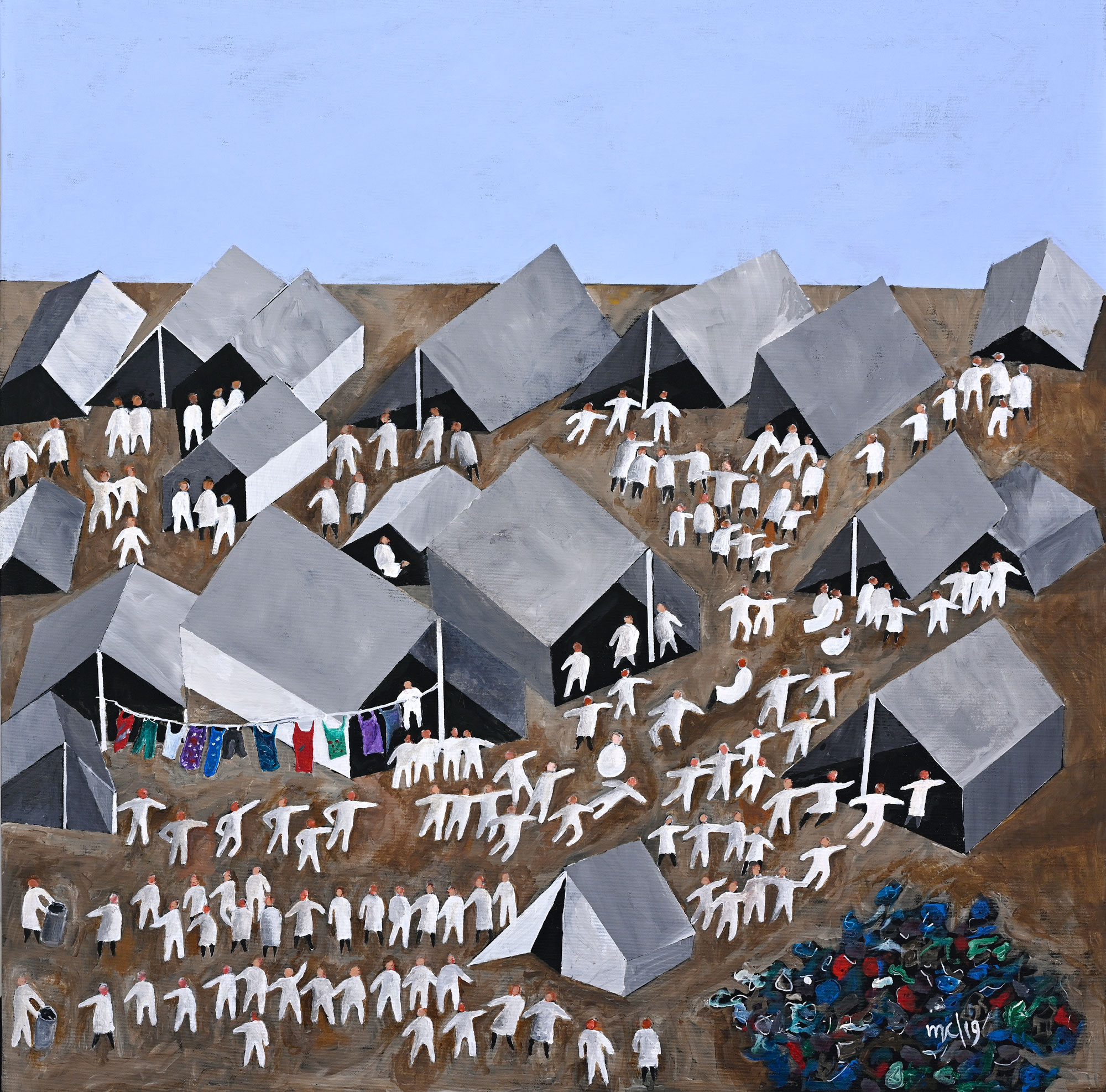 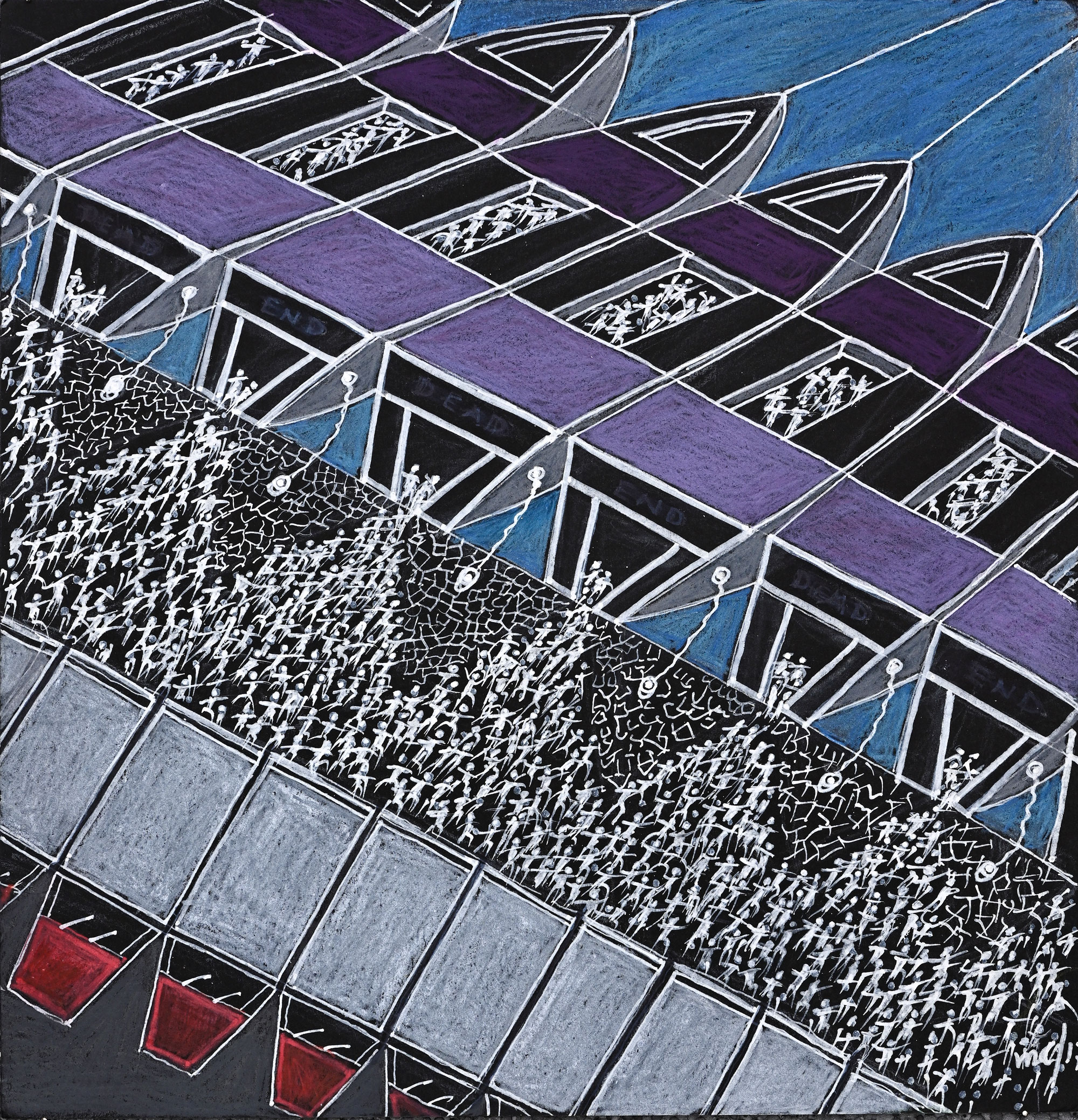 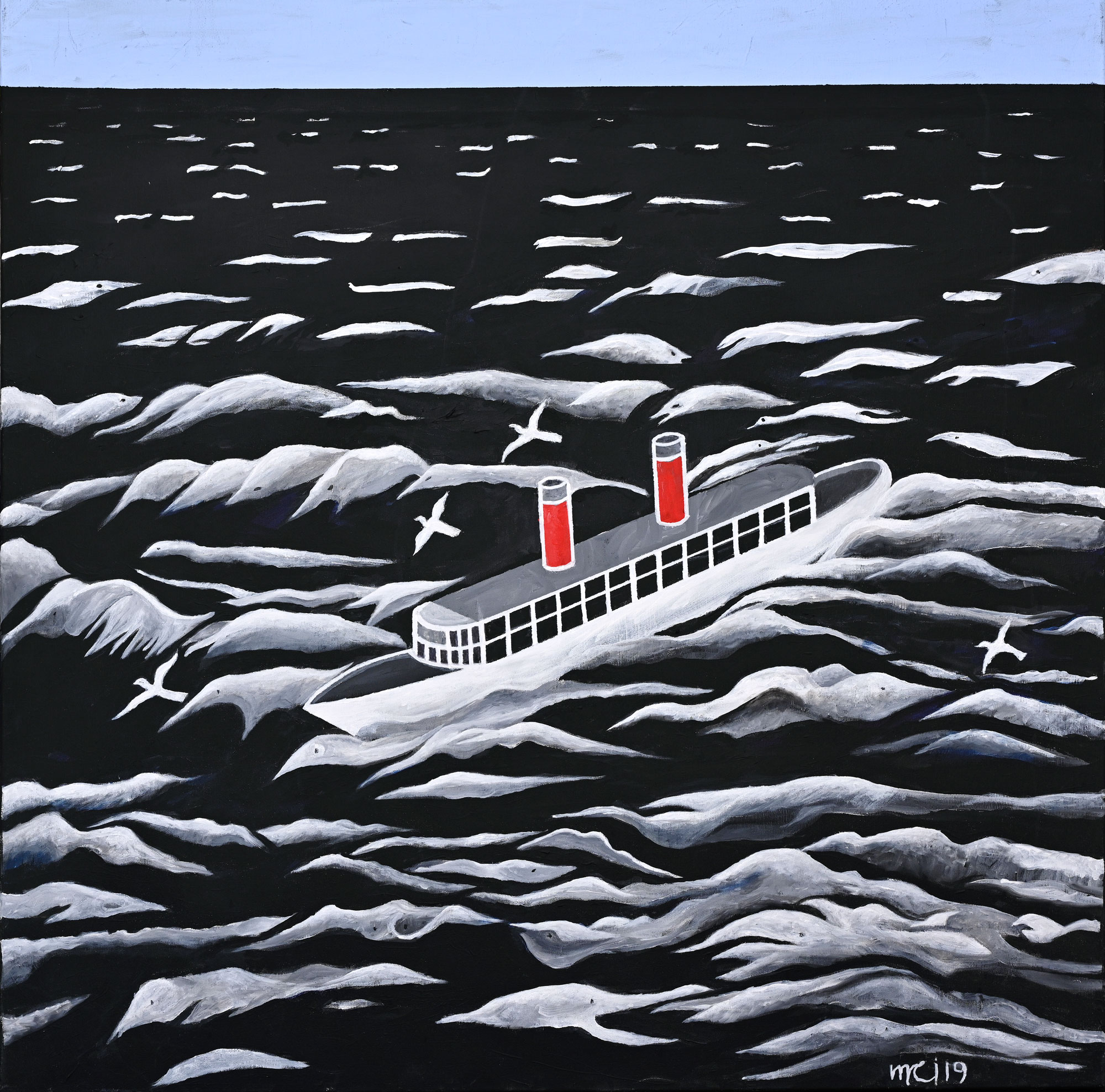 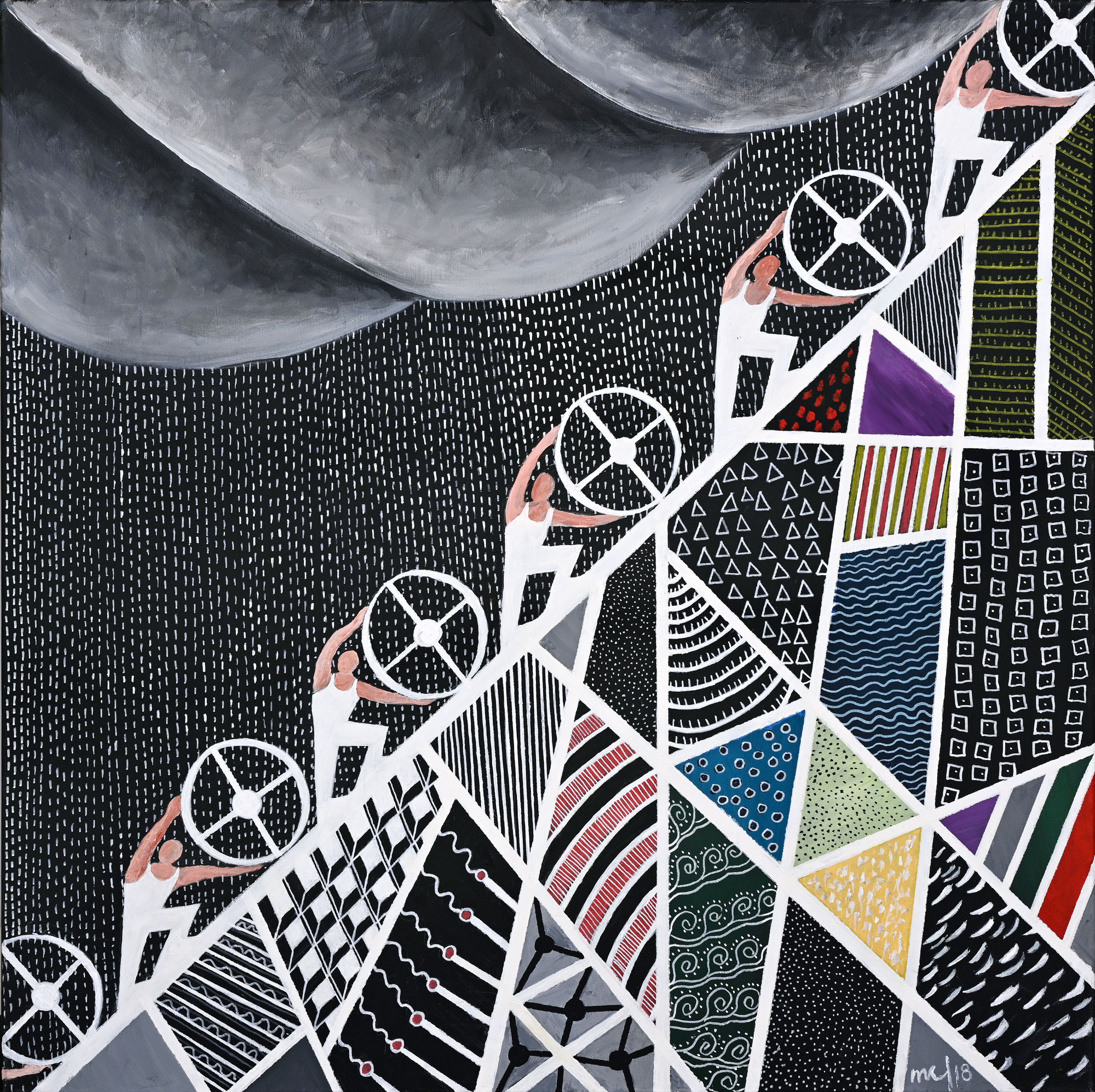 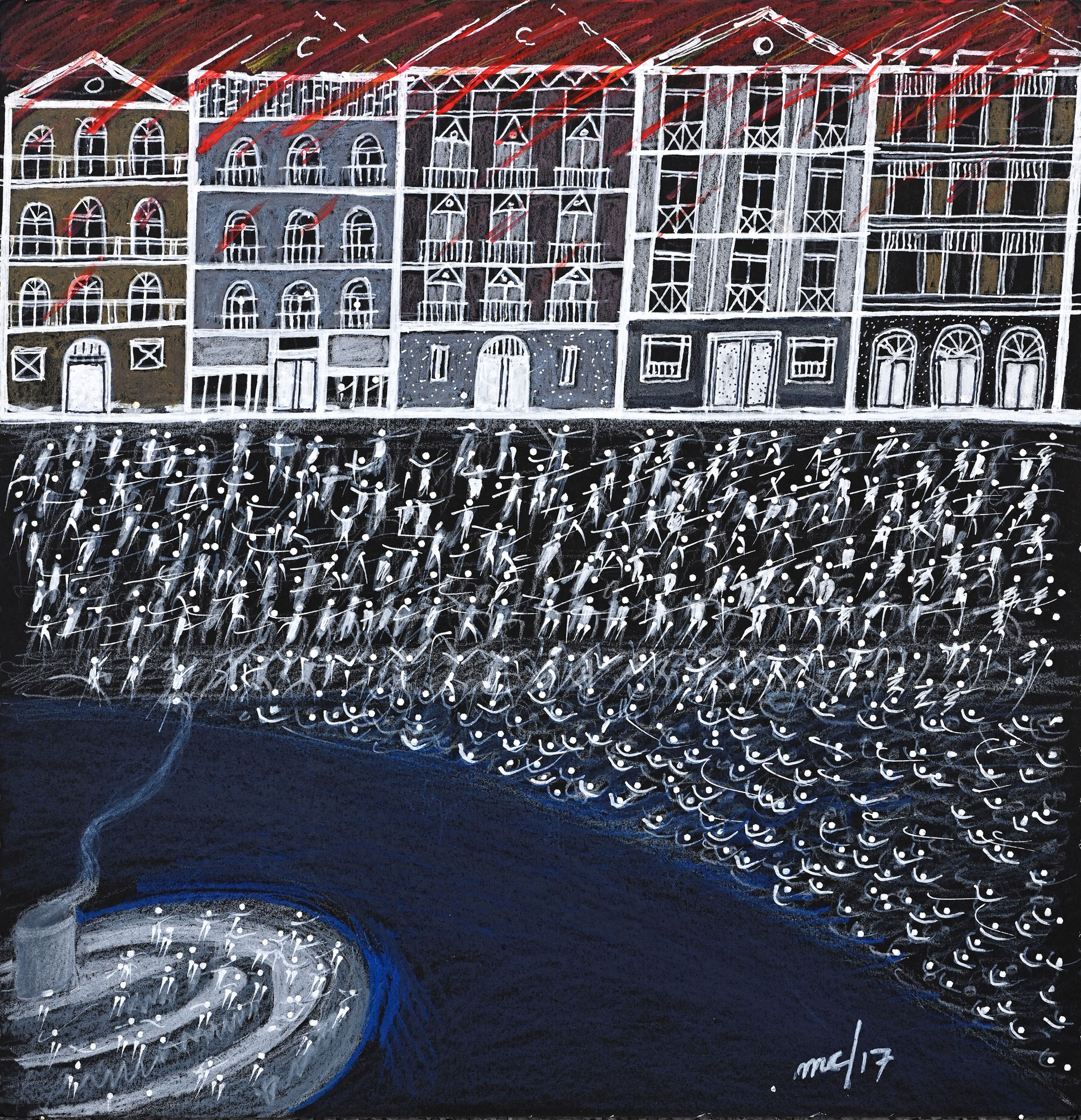 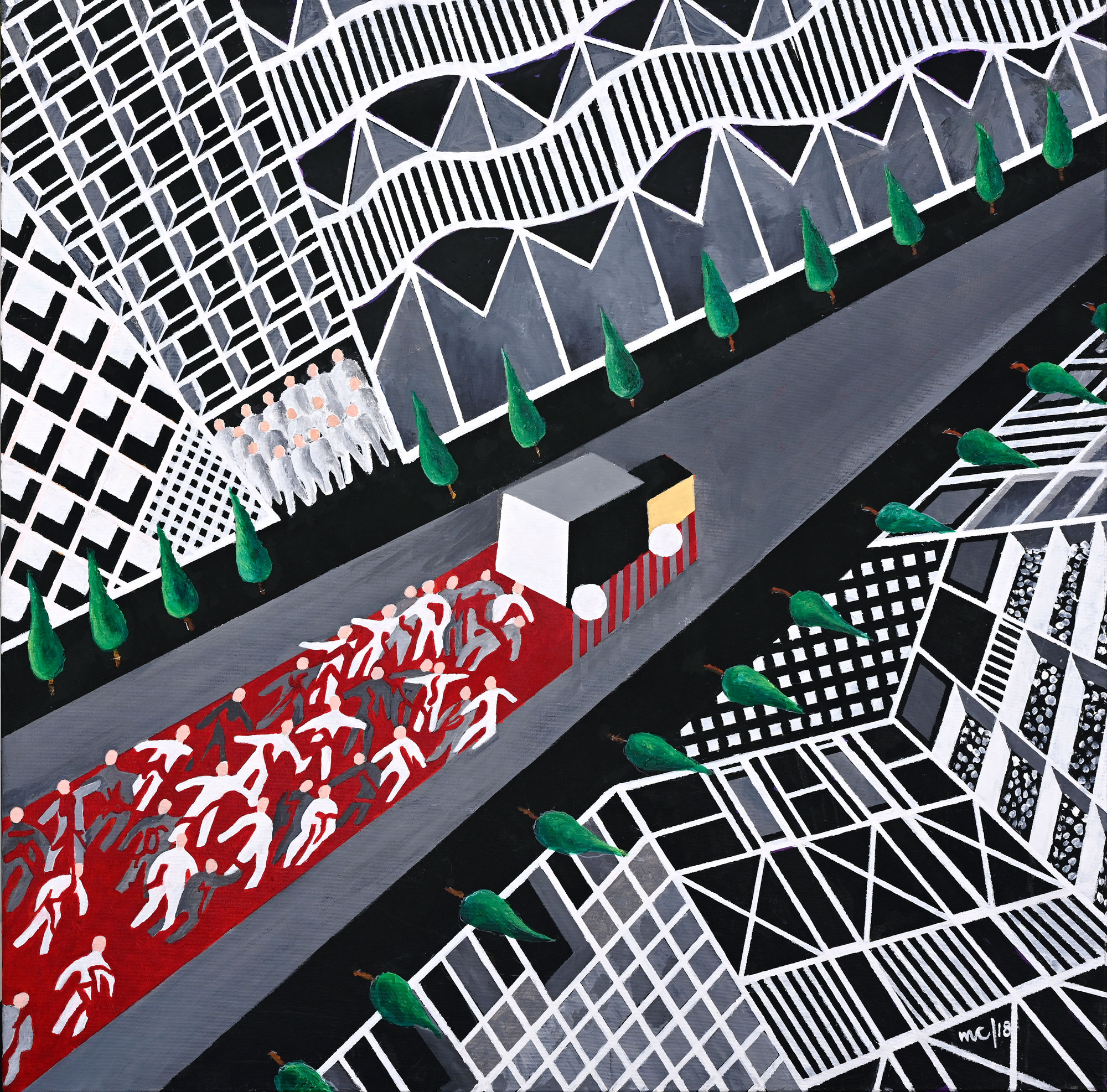 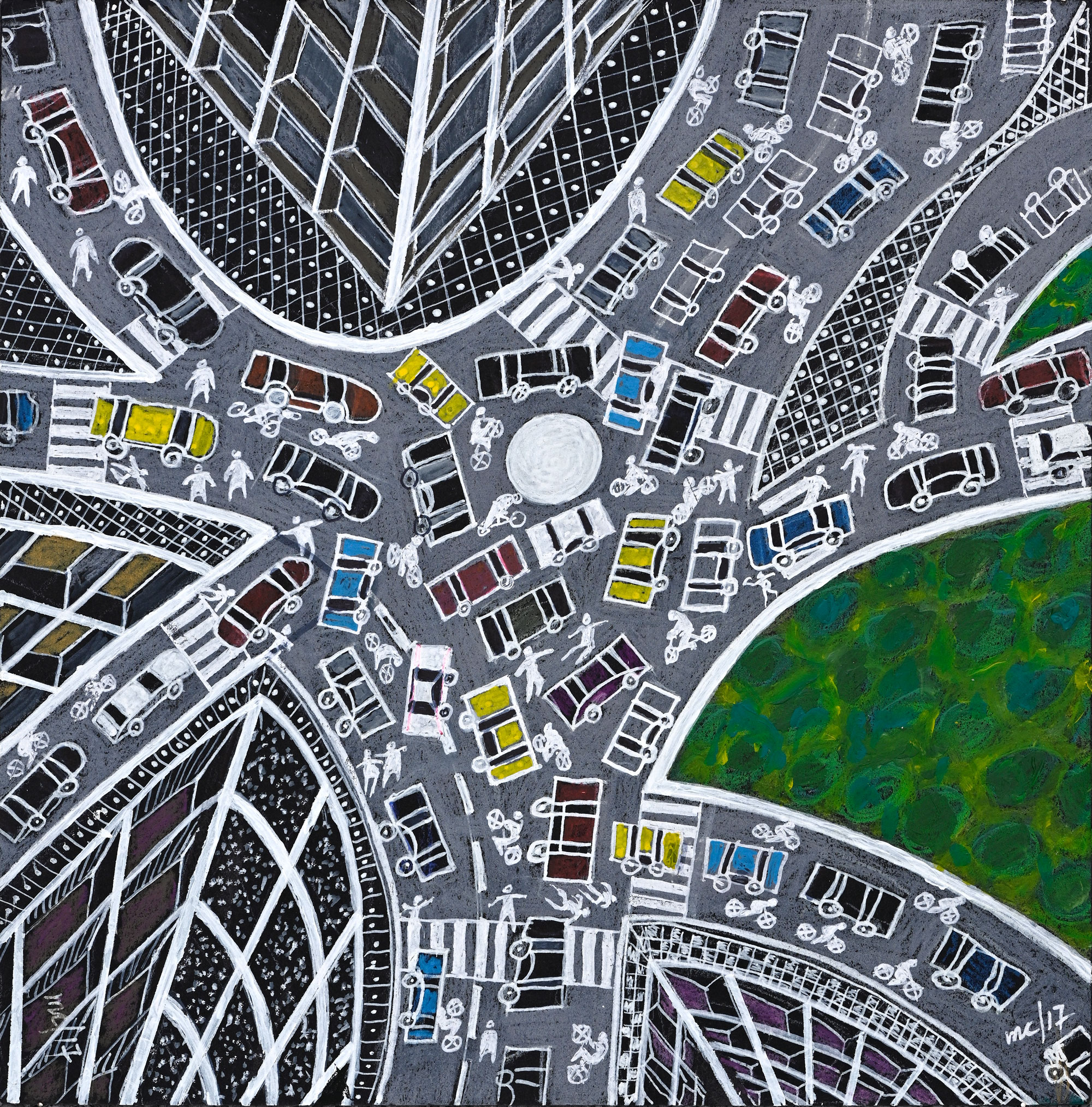 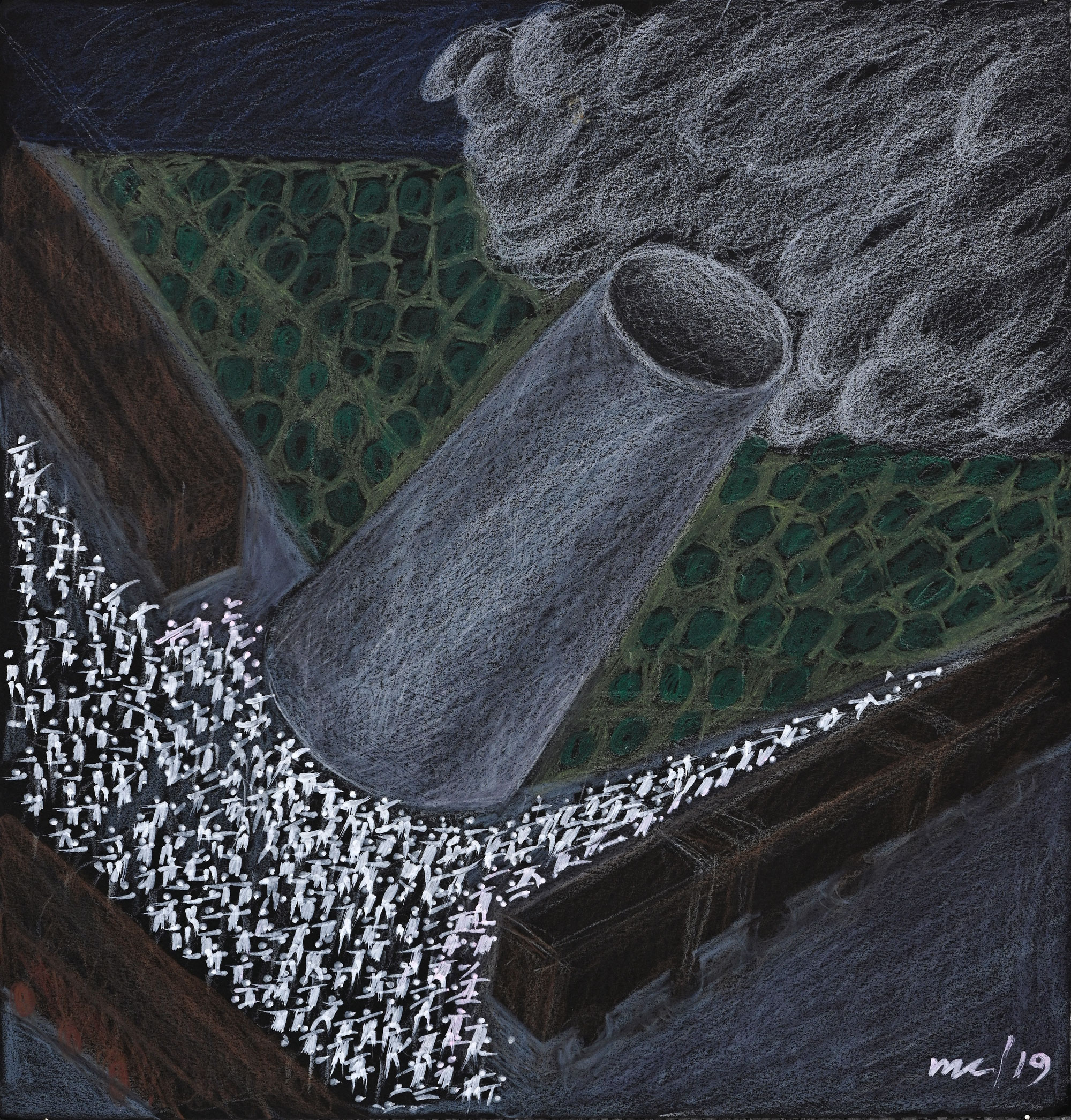 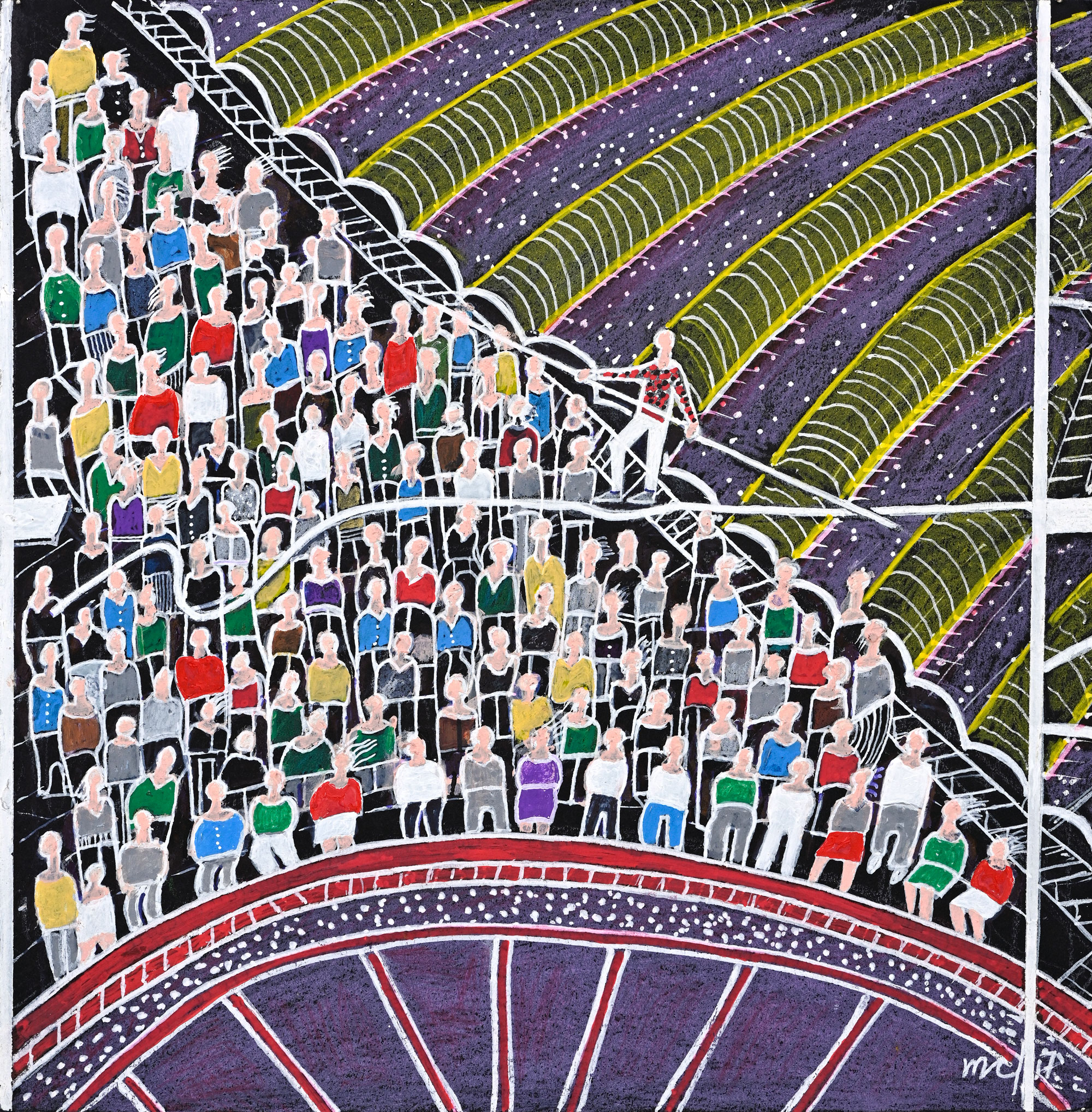 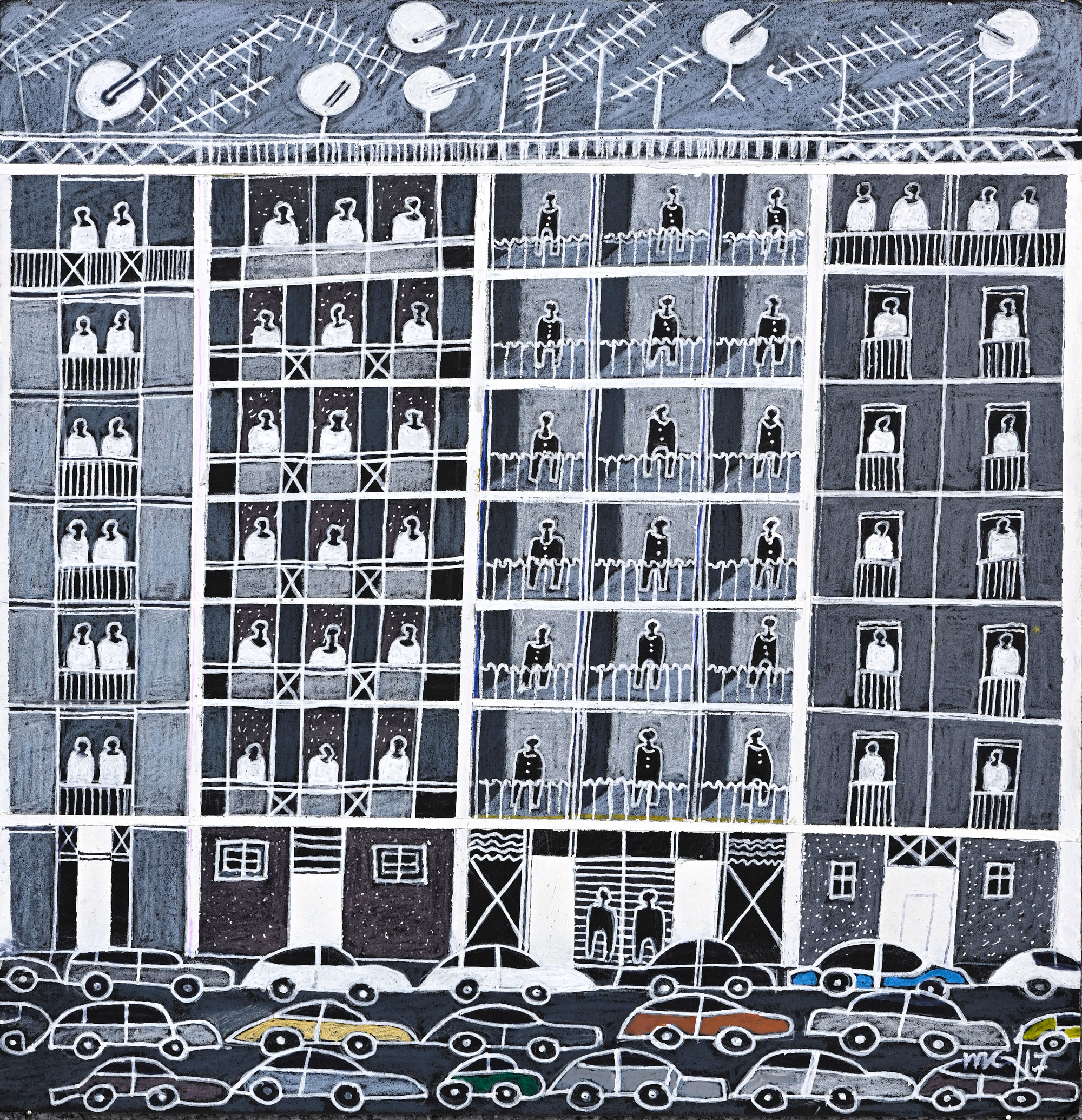 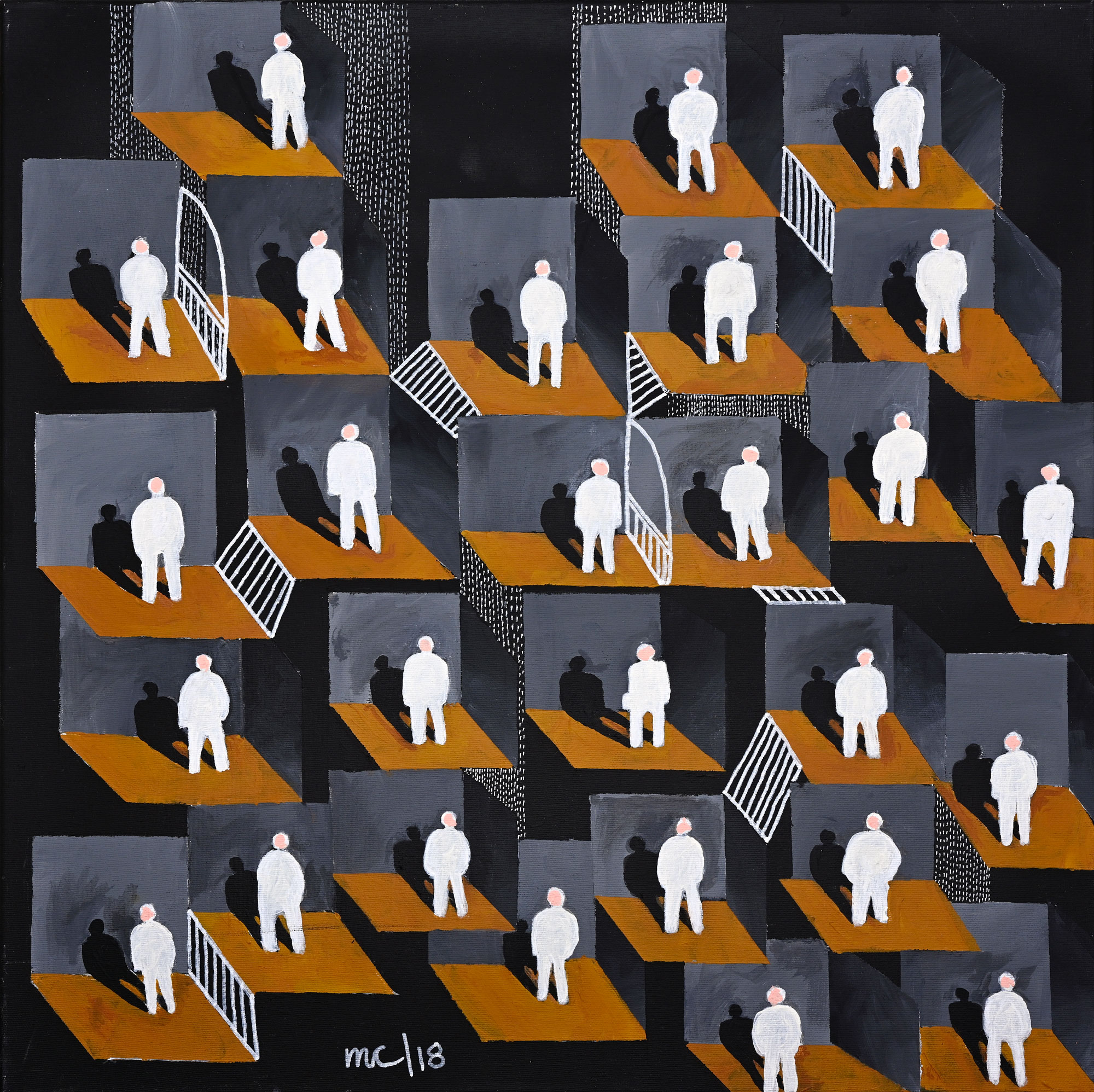 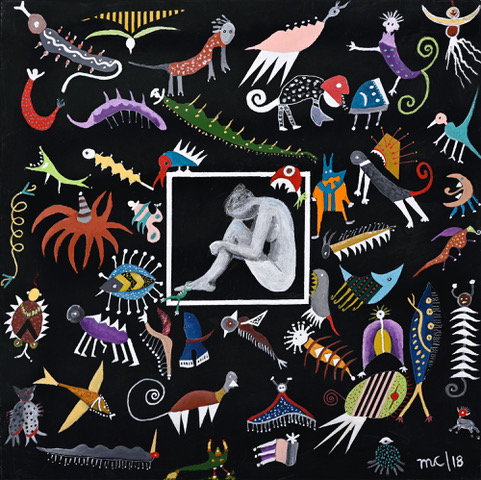 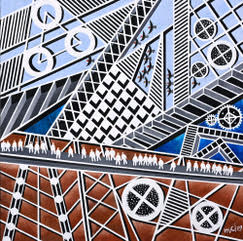